The project goal was audacious: to build one of the largest Tesla coils in the world. 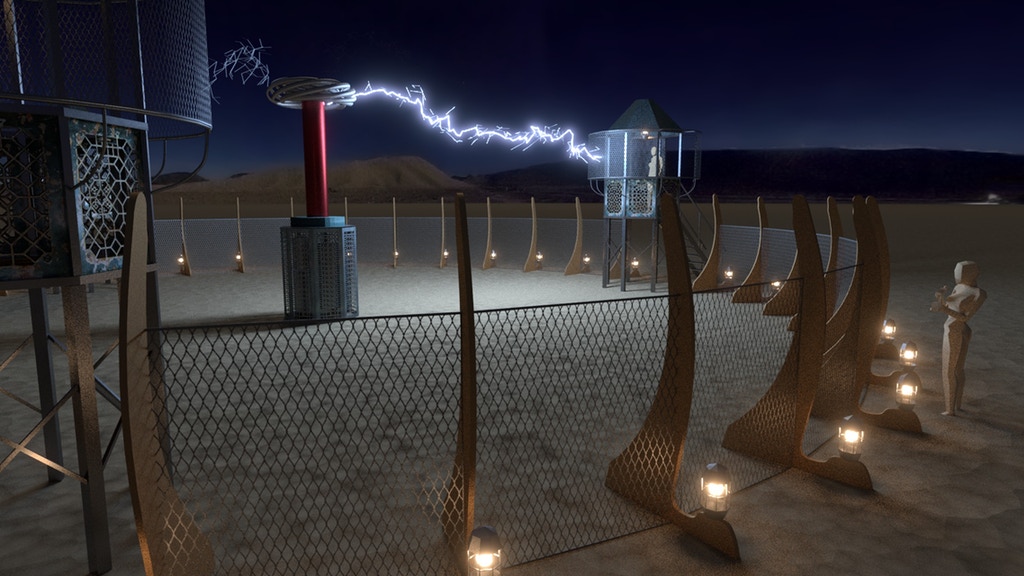 The result we reached looked remarkably like the thing we proposed to do. 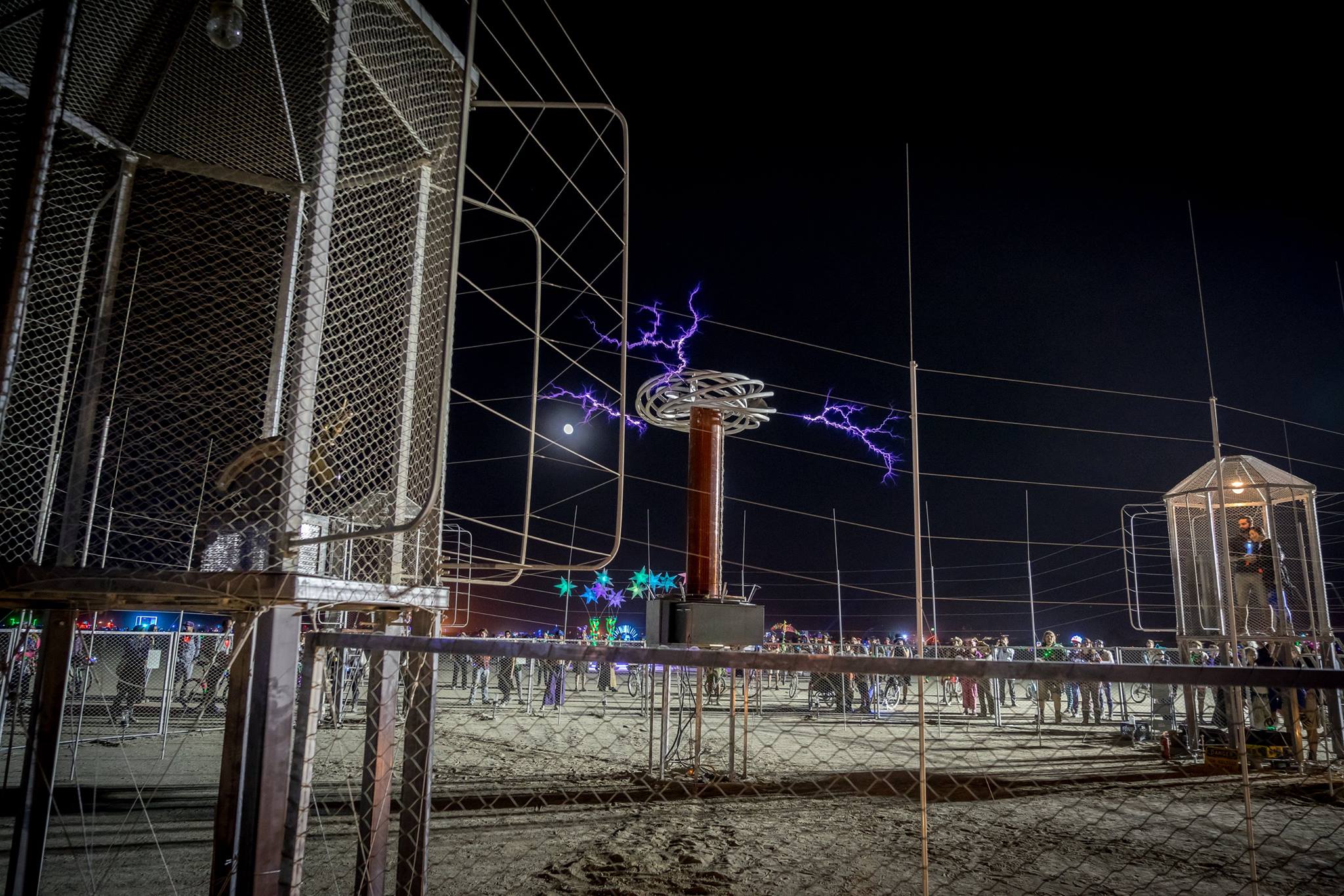 The team was epic, and this project served as a nucleating point for Coup De Foudre to get started. My part in it was building the high-power switching electronics to make it all work. A task I was at best woefully under-qualified for, but manged to make work. 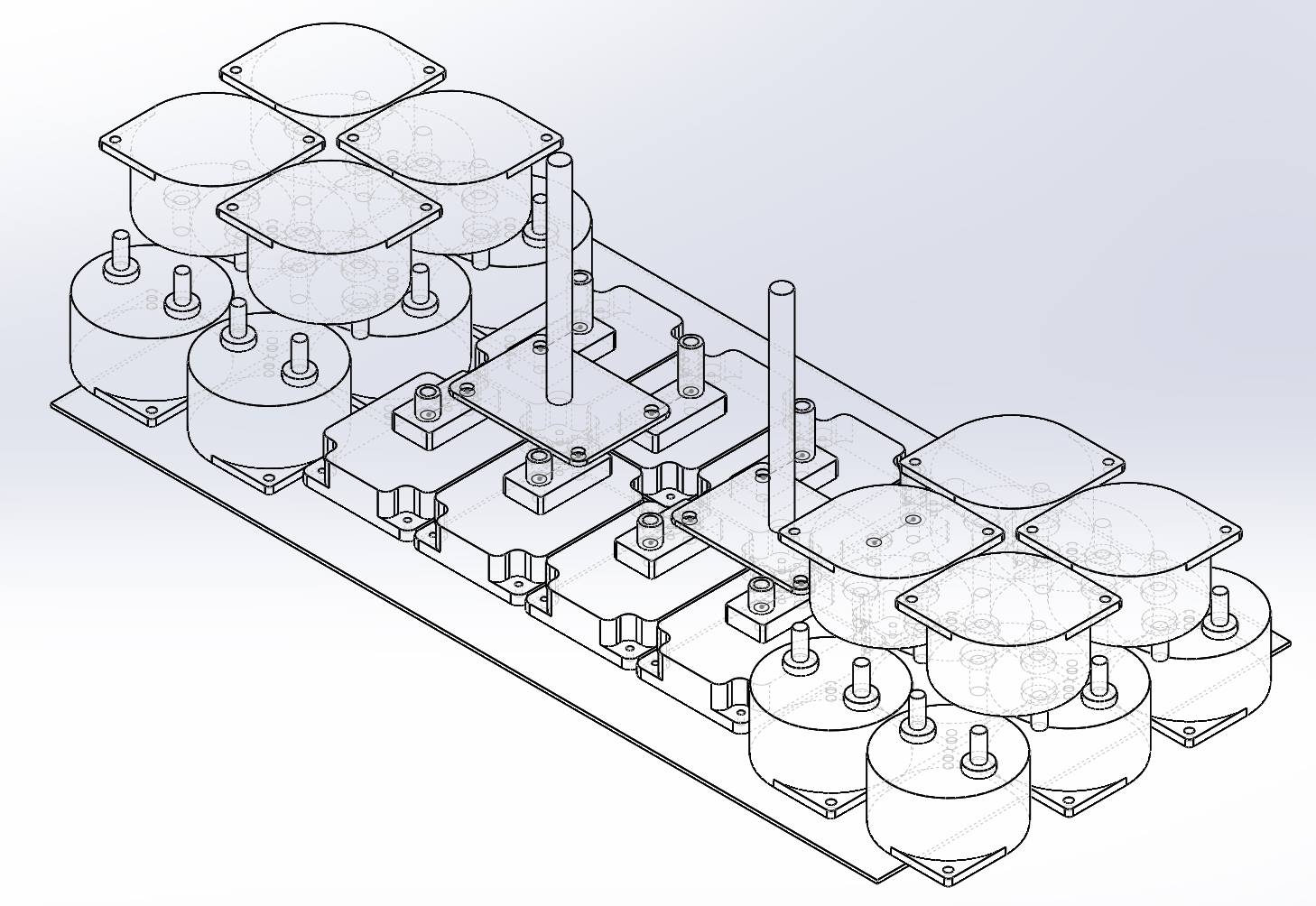 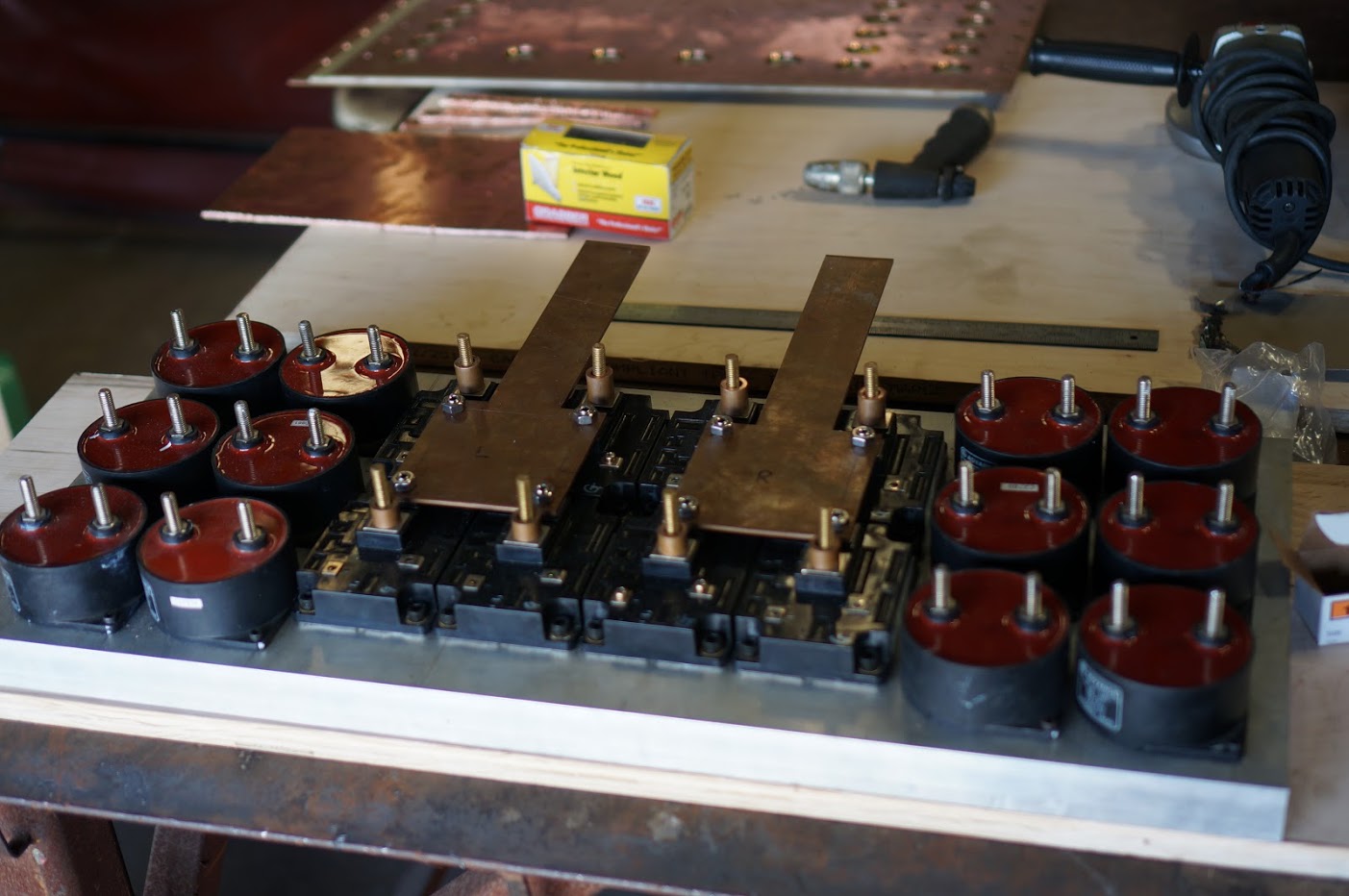 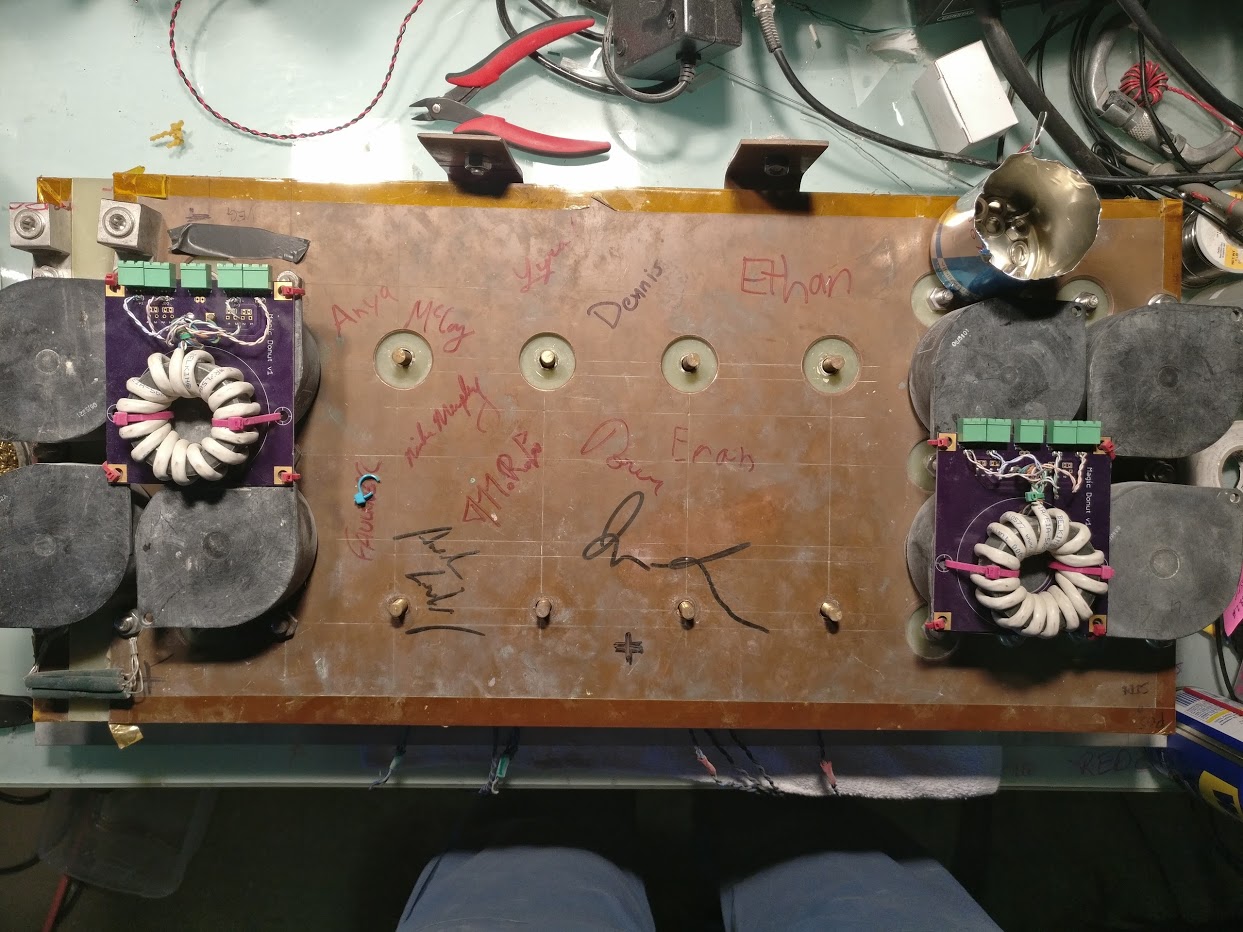 When it was all said and done we sealed it up and shipped it to Burning Man and used it to play music and interact with crowds.

Later we would take to the Exploratorium and do a show there. 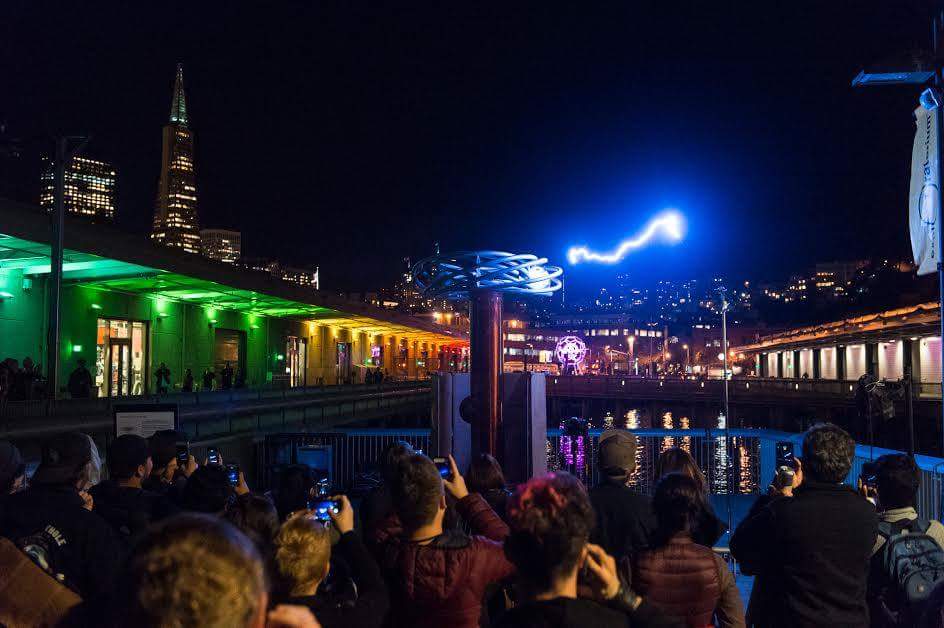 This all was made possible by the CDF team. 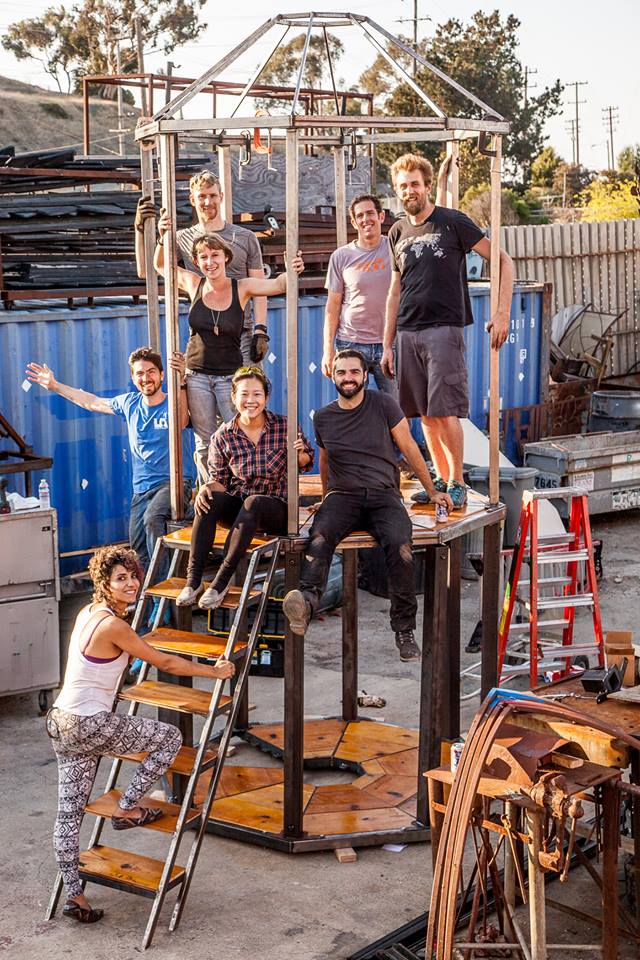